A faulty memory may commonly occur among the elderly as part of the aging process, but forgetfulness is becoming prevalent across all adult age groups, including young individuals aged 18 years old and above.

Memory complaints have been linked to poor health and lifestyle-related factors.  While good health seems correlated to cognitive functioning, there are other things believed to enhance a person’s memory.  So-called memory supplements abound the market, all promising to boost brain power to remember.  But, how do you pick the right one?

What if I told you there is one that is supposedly proven to be the most effective for memory enhancement and brain health?

PS, or PhosphatidylSerine, is a cell membrane component present in the human body, with particular concentration in the nerve cells.  This substance provides protection and ensures the functions of the nerve cells are carried out through transmission of messages or synapses.  It is necessary to the mitochondria in order to produce energy to power our cells.  More importantly, this phospholipid nutrient is a nootropic, which aids in sharper memory and learning attentiveness.

As a building block, PS plays an important role in brain biochemistry and physiology.  In particular, it is for retentive memory, the natural quantity of this component declines with age just like other bodily functions.  And if there is a deficiency in vitamin B12 and folic acid, you could also be lacking PS.

Without external factors, PS is organically produced by the human body, albeit at very low levels.  If you are looking at supplemental sources, one would be a cow’s brain.  It is said to have the highest concentrations of PS, with more than 700 mg PS per serving.  Come to think of it though, eating cow brains is not likely going to be the next trendy diet for obvious reasons.

While we are on the subject, you can also find PS in animal organs such as the heart, kidney and liver, as well as egg yolk. Cow’s milk also has some of it, but at negligible amounts.  That said, getting PS from natural sources will not be sufficient to make any significant impact on one’s memory.

Enter PS dietary supplements.  Initially, they were sourced from cow brain cells, which many consumers are still not on board with given their fears of mad cow disease.  As such, soy-based PS supplements are being produced instead.  Soybeans contain around 100mg of PS for every 100-gram serving.  They are perhaps the closest thing structure-wise to the PS obtained from cow brains without that risk of contracting deadly bovine viruses.

The FDA gave soy-based PS supplements a qualified health claim status, thereby allowing them to be labeled as something that can reduce dementia risk in older people.  This came to be despite the fact that very little scientific evidence supports this statement according to their disclaimer.  Although the effects of PS on the central nervous system have been looked into many times, it still cannot be determined if soy-based PS or its cabbage derivatives work on the same level as bovine-based PS.

Aside from protecting against age-related memory decline, there have been a number of clinical trials which tested the following benefits that can be harnessed from taking PS supplements:

A form of dementia, Alzheimer’s disease hinders a person to think with clarity and perform their tasks.  In fact, those suffering from this condition don’t even know who they are anymore.  PS supplements supposedly increase brain chemicals related to memory which can improve the symptoms of the disease at its early stages based on separate studies using both plant-based and cow-based PS.

It has been  shown that blood flow is being compromised when a person is suffering from depression.  This is also apparently related to a deficiency in Omega 3 fatty acids.  And when there is less Omega 3, it can also cause a reduction in PS levels by 35 percent.  PS affects the neurotransmitters in the brain which is connected to mood.  There is research that says taking a 300mg PS supplement daily can decrease the severity of depression in elderly women.

Several clinical studies have been conducted that show marked improvement in ADHD symptoms such as hyperactivity, restlessness, auditory memory, inattentiveness, and impulsive behavior after taking PS supplements.  There is also an impact on learning among children with ADHD. When combined with Omega 3, PS treatment, which was tolerated without issue, significantly ameliorated accompanying symptoms.

So, can PS improve one’s memory?  While there is some scientific literature that suggest this to be possible,  more studies are still needed to prove this as well as other above mentioned health claims by PS.  In any case, it is worth a try considering there have been no adverse events during experimentation involving the supplement.  Remember to stay sharp and focused! 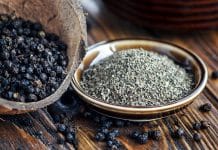