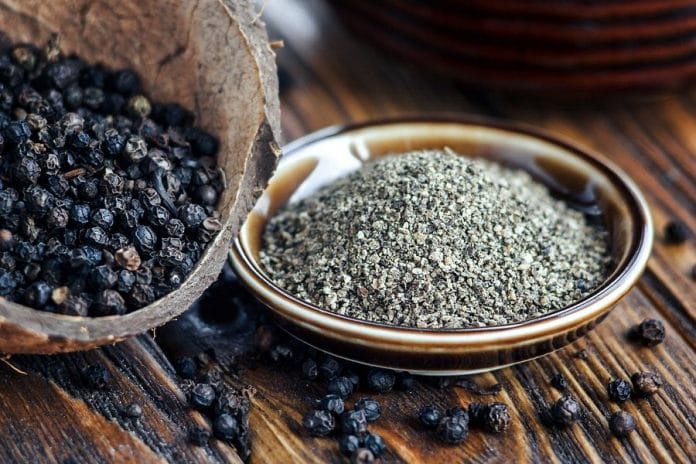 Who doesn’t know what black pepper is?  This spiced up condiment is a staple in savory dishes, and even in some unique desserts.  Black pepper presents itself as the ground version of peppercorns, which in turn are dried berries from the Piper nigrum family.

Touted as the king of spices, black pepper has been used for thousands of years for medicinal purposes in Ayurveda given its vast health benefits in treating many illnesses.  Today, these diseases can include cancer, epilepsy, arthritis, Parkinson’s, among other major health conditions.

Based on scientific research, black pepper can get rid of cancer-causing chemicals formed from charred meat.  In other words, you can lower these carcinogens by simply seasoning your beef steak with a good dose of ground pepper.  Nonetheless, it seems that the myriad of healthful advantages of our popular condiment is not being fully exploited by the pharmaceutical industry.

Black pepper is what it is because of piperine.  And it deserves more attention than just being salt’s flavor partner.  Piperine is the super alkaloid present in black pepper from which all these properties are derived from.  It is also what makes pepper sharp and spicy.

Stripped down, piperine is a light yellow fine powder which comprises 98 percent of the alkaloids in black pepper.  Being a cinnamamide, it boasts of sedative qualities.

During black pepper production, each black pepper seed has about 10 percent piperine while the longer ones have about 2 percent.  Such seeds are dissolved using a solvent consisting of acetate and hexane.  Afterwards, it is treated with a potassium hydroxide solution which removes leftover resin.  It is then rinsed with warm alcohol, and you get piperine crystals at the end.

We did mention that piperine from black pepper has all these properties beyond the kitchen.  Let’s learn more about them.

An antioxidant helps the body in the deceleration and restoration of its damaged cells caused by free radicals.  It is naturally found in fruits and vegetables, including piperine in black pepper.  It is said that with just a low piperine dose, your body is able to increase the enzymes that neutralize the damage, which otherwise can result in poor cell function, premature aging, and cell death.

This compound is the main active ingredient in turmeric, which is a potent anti-inflammatory and a strong antioxidant by itself.  Piperine helps with the absorption of curcumin into the bloodstream, that otherwise won’t make it on its own.  It also prevents its premature breakdown in order to fully reap its benefits.

The latest research revealed that piperine shows promising potential to help fight cancer if not, prevent it from happening.  It has been discovered that piperine can inhibit the survival and spread of cancerous cell lines by modulating cell cycle progression.  Further studies and trials are needed to be done in order to prove its anti-cancer properties.

Low-density lipoprotein or LDL, is triggered by triglycerides that spike cholesterol plaques.  Piperine reduces triglyceride levels and cholesterol uptake as observed in several clinical studies conducted on mice.  Curcumin, which also lowers cholesterol is given an extra boost when partnered up with piperine.

Helicobacter pylori or H. Pylori, are bacteria that can penetrate the body and live in its digestive tract.  Over time, it can cause ulcers in the stomach lining which may eventually lead to stomach cancer.  While antibiotics are used to treat this type of infection, piperine is said to hamper the bacteria from its growth and attachment to the cells.  This will then lead to its cure because its proliferation is curbed.

Inflammation occurs after white blood cells rush to the injured or infected spot on your body. To avoid it, piperine goes to the root cause by reducing plasma parameters of oxidative stress and inflammation.  However, more extensive studies should be conducted on this aspect.

Cognitive decline results from advanced age and degenerative diseases such as Alzheimer’s, which can be gradual or aggressive.  At its worst, there will be memory loss and extreme difficulty in retaining new details.  During a rat experiment, it has been observed that the piperine supplement enabled the animal subjects to retain memory and absorb learning much better.

More than 60 percent of adults are considered overweight and is often attributed to unhealthy living, if not genetic makeup.  Piperine was studied to aid in weight management by slowing down the production rate of fat cells.  It can also increase the number of burned calories, which can facilitate weight loss.

Heightened blood sugar can give rise to diabetes that may even lead to further complications.  When used with the right amounts, piperine is able to lower the levels of blood glucose in the body by inhibiting UDP glucose dehydrogenase activity in the liver and intestine.

Commonly caused by the settling of stomach acid on the inner lining, a stomach ulcer can also be a result of bacterial infections.  It is important to note that prevention is much better than cure for this type of illness. What piperine does is to hinder ulcers brought about by stress, pain meds, and hydrochloric acid.

There are plenty of allergens that can attack humans, the severity of which will vary.  Symptoms are manifested through nose congestion, hives, and itchy eyes.  Piperine can mitigate these symptoms and the drowsiness brought about by allergy medication by suppressing the inflammatory response of the body’s immune system such as histamine, cytokines, and nitric oxide.

It is said that 1 in 2 people will suffer some sort of depression at one point in his life.  Piperine can also act as an antidepressant which was exhibited during an experiment where its supplementation elevated BDNF levels, and nerve cells in the hippocampus of tested mice.   Their serotonin levels, which are the feel-good chemicals in the brain, were also increased which combat depression.

During a lab experiment involving mice, pain was modulated with the use of 5 mg of piperine for every weight kilogram was administered. When taken in larger doses, it can relieve pain the same way an ibuprofen or aspirin does. This can serve as an alternative treatment for chronic pain sufferers who shell out more than 30 billion dollars for healthcare annually.

Metabolic disorders result from an abnormal chemical reaction in the body during the metabolic process.  They are often manifested through lethargic episodes, seizures, weight loss and jaundiced skin.  While these illnesses are mostly genetic, a clinical trial indicated that piperine has had a positive impact by decreasing blood pressure levels, enhancing tolerance of glucose, proper liver functioning, and diminishing oxidative stress.

These are hard cholesterol forms that have been crystallized in one’s gallbladder.  Gallstones can be very painful, with up to 250 out of 1000 people developing them.  Piperine supplements are able to lessen the amount of bile that is transported to the gallbladder from the liver.  As such, only few cholesterol is left that can transform into gallstones, which are manageable when their size is small.

Almost everyone knows that cardiovascular disease is the number one killer globally.  This is expected to rise even further as obesity continues to be a problem in the world.   Piperine in black pepper can impact cardiovascular health in more ways than one.  It can attenuate cardiovascular changes by working synergistically with resveratrol, which is a red wine compound that can positively affect those suffering from heart disease.

Stress can be a silent yet deadly problem that affects the physical and mental aspects.  This can lead to anxiety, headaches, upset stomach, imbalanced mood, angry outbursts, and a whole lot more.  Piperine can increase the happy hormones such as dopamine and serotonin that can counteract oxidative stress that damage the cells prematurely.

Eating the right kind of food is only as good as how properly digested it is.  Digestive enzymes are responsible in the breakdown of food for better nutrient absorption.  Piperine can stimulate the body organs that generate these enzymes that can further enhance digestion.

Your skin can suffer from several forms of fungal infection which can range from mild to severe.  Supplements containing piperine can combat a number of fungus strains by just taking a small dosage, which can effectively stop the fungus completely.

Diarrhea can be nasty and it can get severe when left untreated as it can lead to dehydration.  Black pepper and its piperine are able to hinder diarrhea as exhibited during a clinical trial using animals.  Its efficacy can rival standard diarrhea medication without its associated adverse effects. 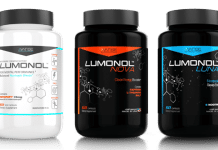