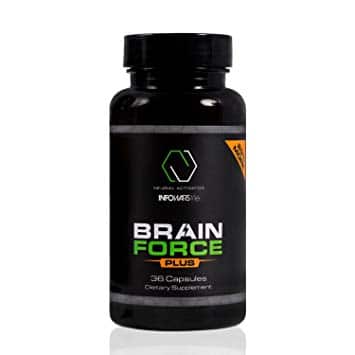 The nutrient nootropics are those which occur naturally in foods and provide us with the necessary substances that allow us to go on with our daily life in a normal, healthy manner. Most of us may not even know when we consume the said nutrients, although one should be aware that not all nutrients are also nootropics. However, I will tell you which ones are part of the nootropics list and can be safely consumed:

We’re talking about one of the most studied supplementsandisgenerally used in sports. The substance is non-essential, made by the liver and is helpful for the brain tissue and the muscles. Our body uses creatine to give us our energy boost under a demanding circumstance. Not only does creatine work wonders on the strength of athletes, but it can also offer support for a better cognitive function (especially when it comes to elderly people and vegetarians). Creatine is also said to prevent the feeling of fatigue and the effects of sleep deprivation.

The standard recommended dose of creatine is 5 grams every morning, taken with plenty of water. I heard that if you want to increase the saturation rate, you should take about 20 grams during the first week.

There are barely any side effects to creatine, although some patients complained of diarrhea, nausea and stomach pain. There has been found that in the case of Parkinson’s disease, high coffee and creatine intake (more than 300 mg per day) can speed up the progression and worsen the symptoms.

The docosahexaenoic acid – DHA – and eicosapentaenoic acid –EPA –are extremely important in maintaining our cognitive functions. They have anti-inflammatory and neuroprotective properties, being also tested as cognitive enhancers. Along with alpha-linolenic, these three form the “3 omega” that our brain needs to function properly. They decrease the harmful acids affecting our cognitive function, thus preventing the formation of neuronal disease.

If you love eating nuts and fish like I do, then you’ll be happy to know that you’re already dosing yourself with some of these good old nootropics. There’s a saying that goes somewhere along the lines of “Your body knows what it needs to stay healthy; that’s why we have cravings.” Well, this is why we find ourselves craving coffee, tea, plants, fish or whatever weird thing out of the blue. It’s your body’s way of shouting “I need that!” And this is where the nootropic called omega three comes to the rescue, to bring us the proper nutrients that our brain wants. Since it supports the functioning of the cell membrane synthesis (especially the neurons), prevents blood clotting and inflammation, omega 3 is one of the most popular choices. Here’s what it can do for us:

Omega 3 also seems to work greatly against depression simply because it affects the hormones responsible for our mood swings. Most importantly though, omega three can be useful against the following cognitive issues:

The standard dose would be 1-2 grams of DHA or EPA. If you take your omega 3 from fish oil, the standard dose would be 6 grams, because fish oil has a 30% concentration of DHA/EPA per gram. People suffering from depression are recommended to bump up the dose to 3-4 grams per day. It is advised to take your omega 3 from animal sourcesunless you are a vegetarian.

Regarding safety, numerous studies show that omega 3 is generally safe to consume if you are an overall healthy individual. However, since it has a blood thinning effect, you might want to consult your doctor first if you are already taking anticoagulants. Other rare but possible side effects of omega 3 may include watery/loose stool, upset stomach, nausea and a fishy aftertaste. However, these are rare if you are consuming premium quality omega3 from trusted sources or if you do not consume more than 5 grams of the nutrient in one serving.

Vitamin B6 can be found in various forms, and it is a water-soluble vitamin found in many foods. Not only does it play a great role in the reaction of the enzymes with the neurotransmitters, but also with the lipids, carbohydrates, and amino-acids. You can find it in various vegetables, fruits and meats, but also in health supplements and multivitamin stacks.

As a nootropic, vitamin B6 can be very widely discussed. However, one of the most common hypotheses is that vitamin B6 can reduce brain atrophy and cognitive impairment by means of lowering the homocysteine levels from the bloodstream. However, other studies show that while elevated homocysteine levels are responsible for brain atrophy, it is not considered a method that can fully cure or prevent the problem. Still, vitamin B6 does hold some very important benefits:

Adults should generally consume a dose of 1.3 mg of vitamin B6 per day. This amount can be easily obtained from a balanced diet of whole grains, poultry, vegetables, and meats. A safe daily intake is also considered to be 100 mg while the no-observed-side-effects individuals can bump it up to 200 mg.

As for side effects, they are generallyabsent if the person takes the standard dose. However, overdosing on vitamin B6 repeatedly may lead to photosensitivity, skin lesions, numbness, nerve damage and ataxia. At the same time, a deficiency of vitamin B6 can also have side effects such as weak immune system, mouth sores, depression and confusion.

You heard of magnesium everywhere, but you probably didn’t know that it functions as a cognitive enhancer. At the same time, studies and surveys made on Americans show that almost half of the population consumes 50% of the magnesium that their body requires. And considering that magnesium is involved in biological functions such as the modulation of the MMDA receptors, it makes it pretty important for our brains.

Magnesium can be found in almonds, Brazil nuts, kale, chards and cashews. If you take on a treatment with magnesium, you are more than likely be able to fix problems related to:

Tests show that magnesium can also be very useful to improve the memory and an individual’s learning ability (due to the increase in synaptic plasticity). A standard dose is 200mg of magnesium, generally taken from magnesium glycinate, magnesium citrate, and magnesium gluconate. Side effects usually only occur in thecase of overdosing, and these can include dizziness, skin flushing, stomach cramps, and diarrhea.

Glycine is the smallest amino acid, and it has a very important role in the collagen formation. It is an inhibitory neurotransmitter that is a crucial co-agonist for the NMDA receptor. While it is true that we can get glycine from our diet, it is also recommended that we take supplements to reap more benefits. Glycine showed to be useful for improving sleep quality and enhance cognition that was damaged by the lack of sleep.Glycine works by impacting the glycine receptors and activating the NMDA receptors (which are responsible for the prevention of schizophrenia). At the same time, it will work and stimulate the area of the brain that is responsible to support the circadian rhythm.

There are many benefits to glycine; however, here are 3 of the most important things that glycine can help you with:

Dosage generally depends on what you plan on using it for. If your reason for taking it is to improve your sleep quality, 3 grams of glycine taken one hour before going to sleep should suffice. However, if your aim is to combine it with antipsychotics for schizophrenia treatments, the dose should be as high as 0.8g per kg. Glycine is fairly well tolerated, so other than nausea, no other side effect has been discovered.