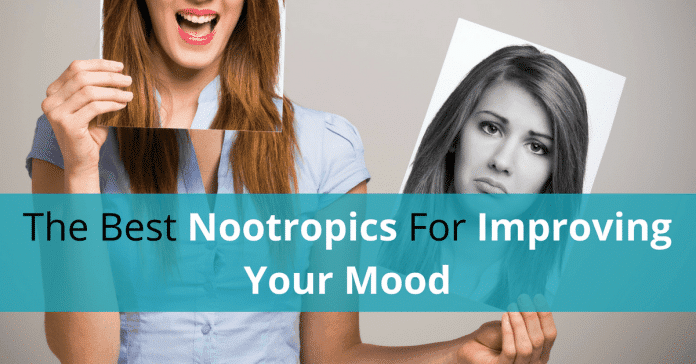 Have you ever seen someone that always seems to look like a ray of happy sunshine whenever they pass by you? Are they in such a good mood that your grumpy cat antennas also start sticking out, being in full contrast with them? Did you ever wonder how in the world they manage to stay so positive, while all you want is to pack your bags and fly off in solitary to the moon?

Well, most of the time, it all boils down to the brain and the chemicals that it produces. Those little neurotransmitters that we talked about – they are the ones responsible for regulating our moods. To go into more detail, the neurotransmitters that affect our mood the most are GABA, dopamine, and serotonin. When those neurotransmitters go below the recommended lines, most people can experience some severe cases of depression. Most people are prescribed anti-depressive drugs, but if you didn’t yet reach the “medical depression” stage and are only looking for a mood booster, you can give a couple of nootropics a try. Not only will they be able to improve your mood and make you feel less blue, but they will also help you feel sharper regarding the things happening around you.

Most of these nootropics that I have mentioned can work for both depression and anxiety. While many people would confuse them and say that they are one and the same; however, it is not so at all. Anxiety makes you restless about future events and sends your brain into overdrive. Depression is exactly on the other end, where you feel hopeless and with no particular interest regarding the future. Even so, both of them are dependent on the serotonin levels in your boy, which certain substances may be able to tackle and bring to an appropriate level. I will not dive again into Aniracetam because I have already mentioned its mood-boosting properties. However, I will tell you about some other nootropics, natural or tablets, which have brought results. Here are a couple of mood-improving nootropics that I can recommend.

Noopept is one of the most popular mood boosters on the market. Not only does it help you see the day in a brighter light, but it can also reduce your anxiety levels and improve your cognitive function. The result will be a happy, relaxed and smart individual.

While Noopept is not necessarily part of the racetam family, it definitely acts in a similar way. Experts say that Noopept is 1,000 times more efficient and potent than Piracetam, which is the first racetam that ever hit the market. Noopept works with the AMPA and NDMA receptor sites residing in the brain, also having an affinity for the Ach receptors and the Acetylcholine system.

As a mood booster and anxiety-reducer, Noopept acts by stimulating the dopamine production (D2 and D3) and also the serotonin receptors. These two types of neurotransmitters are the ones generally responsible for focus, motivation, sleep, appetite and mood. Overall, here are the main benefits of Noopept:

Noopept is a powerful nootropic in itself, so you will only need a small dose to get some great results. It is recommended that you start with 10-40 mg, but most experts will recommend you begin with just 10 mg. That way, you can work your way up in the dose depending on the needs of your body. A lot of people reported impressive results after dosing themselves with only 10 grams of Noopept.

Generally, Noopept has been reported as a safe-to-use drug. However, there were a few cases where users experienced mild side effects due to incorrect dosages or bodily constitution. A few of the most common side effects that have been associated with Noopept are mood swings, irritability, and loss of appetite.

Sulbutiamine, just like Noopept, is another nootropic that can significantly influence your mood for the better. It has been previously described by people as having the same anxiolytic and anti-depressant qualities like the MDMS, but without the stimulant effect provided by the amphetamines. While there is not enough scientific research to prove that, you know the saying that where there is smoke, there is also fire. There’s no doubt that this nootropic that has been derived from the vitamin B1 has impressive mood-boasting abilities.

Some countries even prescribe Sulbutiamine to treat depression due to the fact that it increases the amount of dopamine produced in the brain. It also thickens the density of the dopamine receptors found in the prefrontal cortex.

Generally, people who suffer from depression seem to have an issue with their dopamine levels. Sulbutiamine is known for being a behavioral inhibitor, which can help against depression and social anxiety. A recommended dosage of this drug will fall within a 400-1000 mg quantity a day. Results will vary depending on your bodily construction, but it is recommended that you start with a lower dose (400) before bumping it up based on the effects you desire.

5-HTP can be easily found over the counter at a health supplement store. It is a drug that can not only improve your mood, but it can also reduce your anxiety levels and improve your general well-being. Since 5-HTP works together with the production of the serotonin levels in the brain, it will also make you feel more relaxed and with an overall feeling of happiness. If you feel like you are depressed or under a lot of stress, a proper dosage of 5-HTP can blow off the negative feelings and thoughts.

5-HTP’s method of action is by crossing the blood-brain barrier and entering the central nervous system, directly affecting the production of serotonin. For best results, it is recommended that you undertake a 6-week treatment of this nootropic, with a standard dosage that will be between 300 and 500 mg. You can take it once every day or simply divide it into two equal doses throughout the day. While a lower dose may be effective, it will work better if you pair it with other compatible nootropic substances. As for side effects, no major issues have been reported aside from an occasional feeling of nausea.

Although a milder nootropic, St. John’s Wort can have an impressive effect on your mood. It also has many other benefits for your body. So, St. John’s Wort has been proved useful when it came to treating burns, wounds, inflammation, alcoholism, depression and even dementia (although, in dementia’s case, it showed more success in preventing it than treating it due to the plant’s high level of antioxidants).

Many studies revealed that St. John’s Wort can be as effective as most anti-depressants, but without the side effects that conventional drugs bring. The general dosage for this would be 1000-1500 mg every day (generally divided up into several doses throughout a 24-hour time frame).

Inositol is a nootropic that can be effective in both anxiety and depression. It works by directly interacting with the GABA receptor present in your brain, thus improving the clarity of your thoughts and reducing anxiety if taken in low dosages. Inositol’s method of action is similar to the group of nootropics called B-Vitamins, and it can bind successfully to the GABA receptors in the brain. It is known for its calming effects which can work wonders in lowering your anxiety and/or depression levels. Inositol is also researched for its properties in treating bipolar disorders, as well as other similar mental illnesses.

It is difficult when you have to battle anxiety and depression. Most of the times, some unlucky individuals find themselves suffering from both, and that is when nootropics with anti-depressant properties may seem like a gift sent from heaven. Knowing that there is a complete chaos in your head can send each and every person into the pits, a never-ending spiral in which even your body does not want to cooperate with you. In such cases, it is a good thing to help your body cope by giving it a little boost. 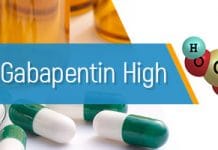 Getting High with Gabapentin (Neurontin)