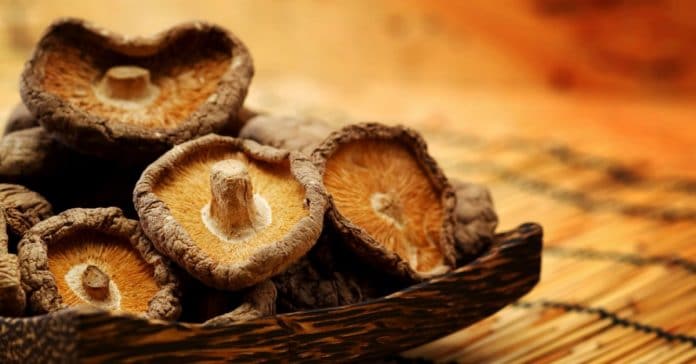 Over 4000 years ago, rulers of Asia would send out servants to find the Reishi mushroom, which would often grow from the trunks of old plum trees. Servants were often unsuccessful, as the mushroom was said to have occurred once among about 3000 trees. Because of its rarity, its benefits were reserved for emperors and rulers, and commoners could be put to death if they were found with the mushroom and consumed it themselves. In order to avoid this, commoners were encouraged to give their findings to the emperor.

The Reishi mushroom gained much respect across the globe for thousands of years, with Romans calling it “the food of the gods,” Koreans “the mushroom of immortality,” and the Japanese “the 10,000 year mushroom.” The Chinese called them the “elixir of life,” while Egyptians believed them to be gifts directly from the god Osiris.

Written documents from the Han Dynasty Era reveal that the Reishi mushroom was associated with immortality. The founding father of Chinese Medicine who lived through this time documented 365 plant species, placing this one at the top.

Though it was known to promote happiness and longevity, it was also thought to help one live among the immortals. Because the mushroom was so difficult to find, however, it remained largely out of the medical spotlight until the 1970s, when controlled studies could be done with commercial cultivation.

Even though there is an abundance of evidence for the existence of the Reishi mushroom 4000 years ago, archeologists actually believe it dates back even further, to about 7000 years ago. Today, as the Reishi mushroom has become more common, it is worn as a good luck charm in some cultures. The mushroom is native to Europe, Asia and the Americas, and though it is still somewhat rare in the wild, they may be found on oak trees, plum trees or even maple trees growing in moist, forest like areas.

Though one may find it difficult to spot one in the wild, it is a sure cause of delight if one is found. Look for a shiny, reddish-brown cap that can be up to 8 inches in diameter. The Reishi mushroom is kidney shaped, but if found, should not be consumed without the consultation of a professional who can insure its identity.

What Reishi Mushroom Does for You

Some studies in mice have shown an increase in life equivalent to that of almost 15 years in humans, and it is unclear if prolonged life results from actual longevity promoted by the Reishi mushroom, or if it is related to its ability to assist with such a long list of ailments. Among the most hopeful claims is that Reishi can stimulate the neurons in the brain, and seek out cancer cells to destroy. These claims provide promise for those with Alzheimers or Parkinsons, who have seen positive effects in smaller studies.

It has also shown to be promising against fighting autoimmune diseases as well as allergies, signifying it has a positive effect on the body’s immune response. It has also been successful at treating asthma, neurodegenerative diseases, diabetes and liver disease. For centuries, they have been thought to reduce the risk of cancers and heart disease.

Most researchers agree that the Reishi mushroom is able to fight so many ailments because of the hundreds of biologically active molecules. Put simply, the mushroom does not simply contain one molecule that addresses multiple ailments, but rather, it attacks ailments with a multifaceted approach. Some of these molecules protect DNA in many different ways, essentially slowing down the aging process itself. While this alone may explain the extended lives of mice studied with Reishi, it is important to note that specific molecules also protect particular areas, such as specifically protecting the kidneys from failure. This combined approach makes the mushroom quite effective, and it is no wonder that long before it was understood, it was considered a route to immortality.

The University of Michigan Health System cites several studies recently performed regarding effectiveness of Reishi mushrooms for a range of ailments. One double blind trial found the extract to improve urinary symptoms among benign prostatic hyperplasia. For altitude sickness, the university rated its effectiveness 1 of 3 stars, stating that although positive results have been reported, further research is needed among the human population.

It gave the same rating for the herbs effectiveness against HIV and AIDS related symptoms, as well as infections in general. Citing research with similar herbs, the university speculates that the mushroom would benefit immune system function and enhance the effectiveness of some anti-HIV drugs. Much like for altitude sickness, however, they concluded that further research was needed among humans consuming Reishi mushrooms.

Although the university states that more research is also needed to test the efficacy of the mushroom on hepatitis, preliminary results were stated as looking promising among humans. A study cited for hypertension also concludes that reishi lowers blood pressure, although results remain unclear about the amount of time needed to allow for results. For diabetes, the University of Michigan rates the efficacy of Reishi mushrooms to be one out of three stars, citing animal studies for type 1 and type 2 diabetes that show benefits.

Reishi mushrooms no longer have to be directly consumed for their benefits, and they are no longer considered as rare. Today, powders, tablets and drops are available so that one can take advantage of Reishi without the inconveniences of ancient times. It is recommended to follow the manufacturer’s directions for dosage advice, as the concentration of active ingredients can vary among product choices. Regardless of how it is consumed, however, there are a few tips you can keep in mind when adding this supplement to your routine.

First, it is essential to understand the hallmarks of a high quality Reishi product. The ratio of extract should be clearly listed for consumers, and the country of origin should be clear as well. For those who would like to supplement with Reishi most closely resembling that of ancient Chinese medicine, it is worth noting that products from Japan typically cultivate the mushroom on wooden logs. This method has shown scientific evidence of growing more potent mushrooms with higher antioxidant levels, among other benefits.

It is also important to understand that Reishi works best when consumed on an empty stomach and when taken with vitamin C. Vitamin C actually helps break down the active ingredients for better intake and tolerance. In addition, drinking a healthy abundance of water will help the effects of Reishi, as it will help flush out toxins. It is also important to remember hydration with any supplement, particularly those known for detoxifying or providing energy boosts.