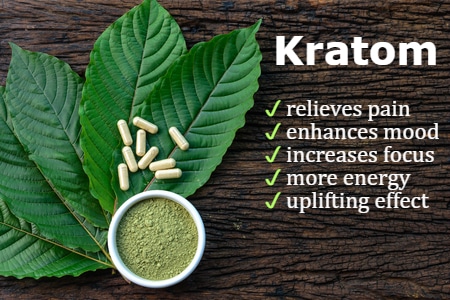 Considering the unique composition of chemicals found in kratom leaves, users have reported experiencing varying results when taking low dose of kratom. Its opiate-like effects rely heavily on dosage and the user’s age, tolerance level, body measurement, among other factors.

Increasing the dose to medium (5-15 grams) makes the stimulating effects more dominant and last for several hours. The said effects are less intense than the effects of opioids and users are able to tolerate them more. The documented effects of moderate dosage include the following:

Taking a higher dose (15 grams or more) causes extreme sedation and even loss of consciousness in some cases.

Minor Side Effects of Kratom Use

Some users report experiencing side effects when taking kratom. While those included in the list below are far from life-threatening, it is still important to be aware of their possible occurrences. They are as follows:

It is important to note that the aforementioned side effects are minor, manageable and only last a couple of hours. They may seem similar to the side effects of opiate use, but most kratom users claim that they are just fleeting and can be controlled with responsible usage.

There are no available official reports asserting specific damaging effects of kratom use. Therefore, both the short term and long term effects originated from first-hand comments and testimonies of users who had their fair share of experiences. In addition, there are no records of fatalities that are attributed to Kratom use alone, whether abusive or not. However, some users reported the following long-term effects in extreme cases:

There are also some reports suggesting that long-term effects may include loss of contact with reality (psychosis). Even under extreme circumstances, this rarely happens and remains unverified to date. Moreover, available resources show that long-term kratom use has no damaging effects to body organs.

The recommended strains for sedation contain lower quantities of alkaloids that exert the stimulating effects. A good example is mitragynine found in the Thai and Maeng Da strains. However, the sedating strains contain high amounts of mood enhancing and painkilling akaloids (i.e. 7-Hydroxmitragyine) that make them more effective for mood enhancement, pain relief and transitional maintenance when withdrawing from dangerous drugs like opium.

Borneo Kratom – this is one of the most potent sedating strains of kratom. It delivers powerful sedative effects that are very effective for relieving anxiety, stress and chronic pain. Borneo’s most qualitative attribute is that even with its high potency, it has an exceptionally low tendency of triggering by-product side effects.

Borneo is not always readily available. A pure strain can be identified by its distinct natural fragrance. Red has been determined as the ideal vein color for this particular strain.

Red Bali is one of the most sought after kratom strains. It grows faster and bigger than other strains so there is plenty of supply, making it one of the cheapest strains in the market today. But make no mistake about it, it is very effective in relieving pain and uplifting one’s mood.

However, research showed that Bali has certain limitations to its efficacy when it is used independently. But obviously, such limitations can be easily remedied by using it in combination with other kratom strains.

This is Indonesia’s primary Kratom strain, which is known for its delayed yet effective means of reviving mood and contravening pain. It is believed that the reason behind the delayed action is the toughness of its cellular wall which acts as a bottleneck. Further studies and testing are being conducted to address the issue.

The strains included in this group are known as ‘The Stimulators.’ They work best in delivering energy boost and an enhanced level of focus. These strains are ideal for those who wish to improve their vitality and minimize day-to-day fatigue and stress.

This is Thailand’s primary kratom strain, which has excellent capability of providing energy and vigor through its exceptionally potent profile of alkaloids. However, the amount of energy boost varies from person to person due to differences in biological receptiveness.

Red has been determined as the ideal vein color for alleviating pain. White and green veins are more effective when it comes to dealing with depression and stress.

Maeng Da Kratom – this strain works best for both stimulation and pain relief. It is ideal for people who want a natural pain-killing pacifier with the capability of increasing stamina, dynamism, and motivation.

Kratom’s moderate strains are extremely popular and they are generally preferred by a huge segment of the market across the globe. While they are not proactive at delivering instant results, they are quite efficient and can produce the multiple effects desired. This makes them perfect for daily use among regular consumers.

Research suggests that this is the real strain of kratom which originated in Malaysia. The claim is still subject to dispute but nonetheless, it delivers long lasting nootropic effects of ‘stimulation’, ‘precision in focus’ and ‘improvement in the overall level of endurance’. According to scientists, the reason behind the persistence of the lasting effects augmented by the Malay Kratom is the ideal thickness of its leaf’s cell walls. 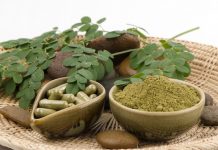 The Many Alkaloids of Kratom