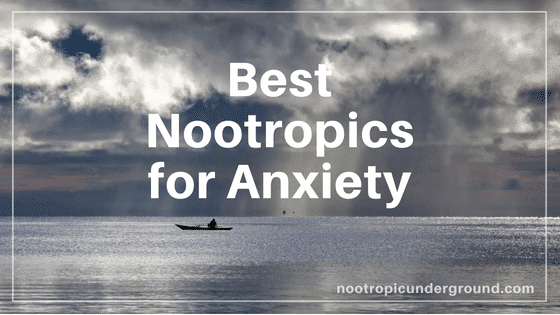 I don’t think there was ever a person not to experience some sort of anxiety at one point in life. Sometimes, it’s good to have some fear lingering in the back of your head. However, once it starts meddling with your personal life and stops you from doing the things you are supposed to be doing, it is when anxiety suddenly becomes a problem.

In history, anxiety was a good thing. It kept you alive. Consider this, for example: “Oh, no, there’s a saber tooth tiger! I’d better do something before I get eaten!” This type of anxiety may make the difference between life and death. However, today, anxiety looks much different than in prehistoric times simply because our survival needs also went through changes: “Oh, no, the test is tomorrow, and I need to prepare for it! I also need to do the laundry and decide what I’m going to wear to the party tomorrow evening! And I also need to buy food, but I can’t spend too much of my money! And I also have to pay a visit to the ATM…”

We live in a fast-paced world where worry cannot be avoided. We all have tons of things that we need to get done, and combined with so little time, we start developing not-so-mild cases of anxiety.

The good part about living in a modern world is that we learned to adapt. As opposed to the prehistoric times, now we have nootropics that can take away the big bad anxiety. Here are the top ones you can choose to calm that anxious brain of yours.

I talked about how Aniracetam is good for the memory, but what I conveniently “forgot” to mention (until now) was the fact that Aniracetam is also great for anxiety. If you are new to nootropics, Aniracetam is something you may want to start with. It has the least side effects known to nootropics and is able to reduce the anxiety without causing any drowsiness. Users who took aniracetam would generally report a reduction in their anxiety levels along with an increase in their focus.

It is not entirely sure how Aniracetam works to reduce anxiety – its action is thought to go, however, in the same way as its other racetam siblings. We know that ithas the ability to stimulate the AMPA receptor site which is responsible for memory and learning. When it comes to the anti-anxiety effects, we only have one theory: it activates the D2 and D3 dopamine receptors, causing a reduction in the anxiety levels without causing a sedative effect.

I will summarize here once more the effects of aniracetam:

About 1-2 grams of Aniracetam would generally be enough to keep anxiety away enough for you to stay focused on your tasks. These doses are generally the safest picks when it comes to this drug.

Phenibut is a great choice when it comes to reducing anxiety – and especially, social anxiety. The compound on which this drug is based is a modified GABA molecule, which is a natural chemical in the brain that helps induce a feeling of relaxation. Generally, an average of 500-1000mg of Phenibut is enough to reduce the anxiety levels. However, keep in mind that it takes a few hours for the drug to take effect, so don’t re-dose between them simply because you still feel ‘anxious.’ Once it kicks in, the effect can last up to a full 24 hours.

Here are some benefits associated with Phenibut:

Phenibut can have a number of side effects, but only if the user relies on it too frequently. The safest way around this drug would be not to take it more than two times per week.

Previously, I also talked about the benefits of L-theanine as a nootropic that helps you regain energy, but here is where I also introduce it as an anxiety inhibitor. Have you ever felt so visibly stressed that a friend would simply pat you on the back and say “Hey, drink some tea, it will calm you down”? Well, they may not necessarily know how tea works, but I can be the one to clear that up for you. This amino acid (L-theanine) that is present in teas will give most individuals a calm, focused feeling.

The downside of it is that if you want to reap all of its benefits just from the natural plant, you’d have to sit around most of the day and drink it. The good part is that the world of medicine is evolving, and now you can get a proper dose of L-Theanine without having to go a hundred times to the toilet. Supplements have been made for us to take, and an average of 150-250 mg of L-theanine should be enough to calm that anxious brain down.

Its method of action against anxiety is still under theories. The belief is that L-Theanine acts by mimicking glutamate, which is an amino acid that occurs naturally in the body. It is also known to boost the dopamine levels, which is why it can reduce your anxiety without giving you that sedative effect. Long story short, here are the general benefits of L-theanine:

Many people enjoy taking L-theanine together with their coffee in the morning. The combination of coffee and L-theanine will allow for a very clear-headed, focused and relaxed feeling. If you are a coffee lover but you feel the shakes each and every time you try to drink a cup, you may want to add some L-theanine to the pack as well. It will allow you to enjoy the stimulating effects of caffeine without feeling like your heart and nerves are about to blow out.

Kratom is a substance extracted from plant that has its origins somewhere in the native places of South Asia (close to Malaysia and Thailand). While it is not exclusively categorized as a nootropic, Kratom has many of its key characteristics which include improved memory and focus along with lowering the anxiety levels. Kratom is also said to offer a mildly euphoric state which is perfect for soothing the mind. Many people use Kratom instead of the opiate-based, more or less illegal drugs, and it can also help patients suffering from chronic pains.

While Kratom doesn’t boost the mind like Adrafinil or Phenylpiracetam does, it still has the following qualities:

Kratom can have different benefits depending on the dosage that you take. For instance, a high dose is considered to be 5-10 grams, and the effects are pretty similar to the ones that opiates provide. Users will enter a general state of well-being, euphoria, drowsiness, heightened sensitivity and a general loss of inhibitors or anxiety.

While a high dose makes you feel euphoric, calm and drowsy, a low dose will do the exact opposite. 500 mg to 3 grams can give you more energy, make you feel more productive and lower your anxiety levels throughout the day. The Kratom effect generally lasts for 4-6 hours, but you’ll still feel energetic after you get over the “peak.”

Some people have noticed side effects to Kratom; however, none of them were serious and could only be seen as a “mild inconvenience.” Typical side effects would be an upset stomach, loss of appetite, an increased thirst, a mild headache or a feeling of drowsiness (more than you were supposed to). If you eat properly and drink a lot of water throughout the day after taking the dose, you will more likely diminish the side effects to the point where you will barely notice them.

Valerian root is the miracle nootropic that works wonders for those suffering from anxiety and stress. It can be used as a sleep aid or a mild sedative to promote a sense of peace and tranquility, acting directly on the central nervous system and the receptors responsible for the feeling of relaxation.

In the past, people would use valerian root as a treatment for epilepsy and insomnia. Today, it is the perfect thong to quiet the mind from going way over the border and let you sleep at night. It will also lower social anxiety so that you can enjoy your life among fellow human beings.

Among others, valerian root proved to be very useful against:

Dosages generally vary from person to person and depend on the form in which the valerian root is found. Generally, for a capsule or tablet used for sleeping aid, 400-900mg of valerian should be taken, 2 hours before going to sleep. Users need to be aware that the effects are not instantaneous, which is why it is not recommended to re-dose between set time frames. For daytime use, the standard dose would be 400 mg, once or twice every day.

There have been very few recorded side effects of valerian root. Most of them only occur when taken in larger doses, and these would mostly include stomach aches, mental dullness, apathy and a possible feeling of drowsiness. Experts recommend that if you are undergoing treatment with other medications, you ought to avoid taking valerian root since it might interfere with the effect. Also, we don’t know yet its impact on breastfeeding and pregnant women – since it has not been tested – which is why it is recommended to stop taking the supplement during this period.

The Kava herb has been used for many generations as an anxiety reducer and a hypnotic medicine. Its potency for ridding individuals of anxiety has been proven to be even more potent than most pharmaceuticals.

The best Kava supplement is found under the name of WS1490 (the extract) and the proper dosage for an anxiety disorder would be of 300mg per day. It is recommended that you divide the dosage into three doses of 100 mg which you will take throughout the day. Studies show that people can tolerate doses up to 800 mg of Kava; what goes over that number is considered to be an overdose. However, the higher the dose, the shorter you should make your period of treatment. Not only is Kava great for reducing anxiety, but the same extract can also help you counter the effects of depression and impaired sleep by regulating your dopamine and serotonin levels.

DISP is short for delta sleep-inducing peptides, and it is generally used on people who have – you guessed – reduced EEG and motor activities. DISP is used as a stress-limiting factor, improving the symptoms of those suffering of anxiety by normalizing the myocardial contractions and blood pressure. It is also proven to help with symptoms of MDD (major depressive disorder) and metaphit induced epilepsy.

Dosages generally depend on the resistance of your body against external medicine. It is recommended that you start somewhere at 100 mg (preferably before going to sleep) and work your way up to 200 if you do not seem to notice any changes.

We all like to have a little bit of anxiety in our lives. It makes us somehow feel more alive. By supplementing yourself with the right nootropics, you will be able to reduce your anxiety levels without feeling sluggish or tired. With the right dose, you will see soon enough that life is less stressful and much more enjoyable.